Kazakhstan is a worlds 9 biggest Country

The Republic of Kazakhstan is situated in Central Asia Between the Ural River and the lower courses of the Volga River to the east, the west-Siberian plateau to the north, and the Tien-Shan mountain chain to the south. The territory of the republic stretches 1600 kilometers north to the south and more than 2800 kilometers west-to-east, occupying an area of 2,717,000 sq. km. In terms of area, the republic is the 9th largest country of the world. Most of them are of Kazakhstan is at and low-lying. in central Kazakhstan, vast plains give way to the isolated low mountainous range of Saryara, to the South and Southeast they melt into the mountainous system of Altai, Sauer Tarbagatai, Dzhungarski Ala- Tau and Tien-Shan The highest point is the Hahn Thegri peak (6995 meters) Kazakhstan is bordered to the north, northwest, and west by Russia, to the southeast by China, and to the south and southwest by Kyrgyzstan, Uzbekistan, and Turkmenistan Republics Climate: The Climate of the Republic is deeply continental and extremely dry. It is severely influenced by the Arctic region and Eastern Siberia. The absence of any natural barriers in the north of the Republic. enables cold arctic winds and arctic air masses to come from this direction without restraint. Conversely, the high mountains rimming the east and the southeast of Kazakhstan act as a barrier to air masses from the south. This accounts for the rather unsparing winters over the greater part of the area of the Republic. In Kazakhstan, summers are hot and dry with hot winds. Population: The Republic has a population of about 15 million people. Citizens of more than 100 ethnicity live in the country, the greater part of which are Kazakhs (more than 50%) and Russians (more than 30%). Among others, the largest percentages are Ukrainians, Germans, and Uzbeks. According to the Constitution of the Republic of Kazakhstan, Kazakh is the official language. However, Russian is the language of business and of interethnic intercourse. Regions and Cities: Kazakhstan is politically divided into 14 oblasts and ve economic regions. There are82 cities and towns in the Republic. The main are Almaty, Zhambyl, Chimkent, Semipalatinsk, Pavlodar, Ust-Kamenogorsk, Astana, Uralsk, Karagandha and Aktyubinsk cities. On December 10,1997, the city of Astana was proclaimed the new capital of the Republic of Kazakhstan.

Petropavl (Kazakh: Петропавл, romanized: Petropavl) or Petropavlovsk (Russian: Петропавловск, tr. Petropavlovsk), is a city on the Ishim River in northern Kazakhstan close to the border with Russia, about 261 km west of Omsk along the Trans-Siberian Railway. It is the capital of the North Kazakhstan Region.[1] Population: 201,446 (2009 Census results);[2] 203,523 (1999 Census results).[2] The city is also known colloquially in the Kazakh language as Kyzylzhar (Kazakh: Қызылжар, romanized: Qyzyljar)

Petropavl was founded in 1752 as a Russian fort extending Russian settlement and inuence into the nomadic Kazakh territories to the south. The fort got its name after two Christian saints, apostles Peter and Paul. It was granted the status of city in 1807. Petropavl was an important trading center until the Russian Revolution of 1917.

Railway station in Petropavl, Petropavl has a railway station with connections to the Russian capital Moscow and Kazakhstan's capital Nur-Sultan. Petropavl Airport has located 11 km (7 mi) south of the city

Petropavl is the location of North Kazakhstan State University, named for M. Kozybaev, established in 1937 as Petropavlovsk

The city's bandy team in the Spartakiade 2009 on home ice was victorious. In 2013 it was hosted in Petropavl again, this time the team from Khromtau won.12-17 December 2016 the Kazakh Cup, to the memory of Kazbek Baybulov, was played at Stadium Karasay in Petropavl. The home team Volna captured the bronze medal. Olympic gold medal-winning cyclist Alexander Vinokourov is a native of nearby Bishkul 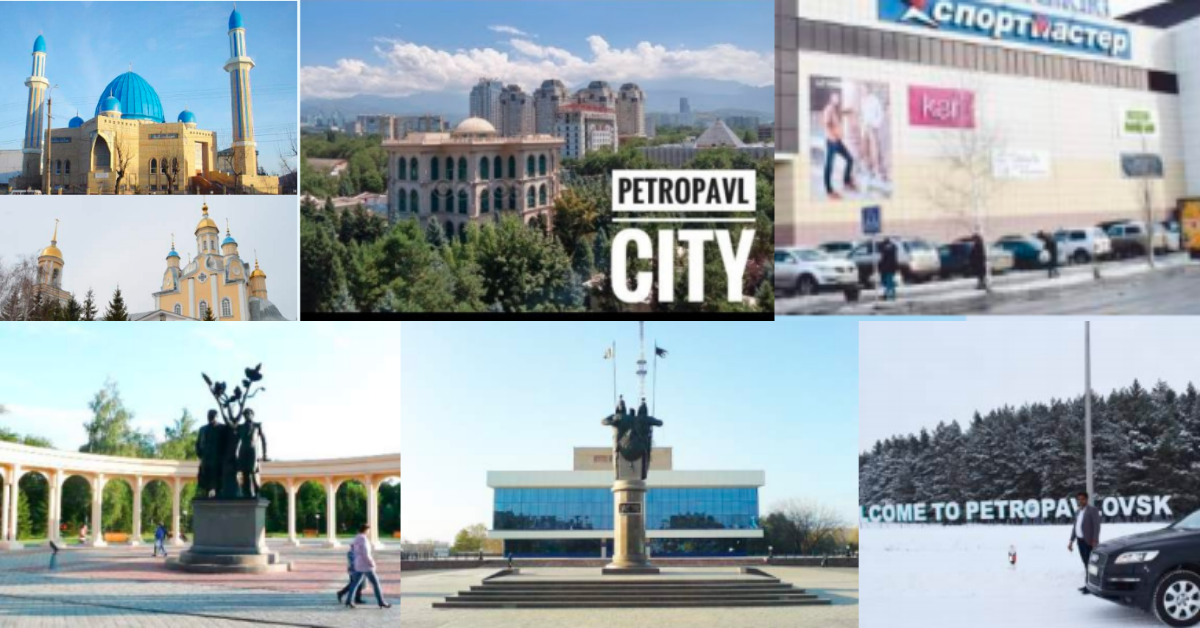 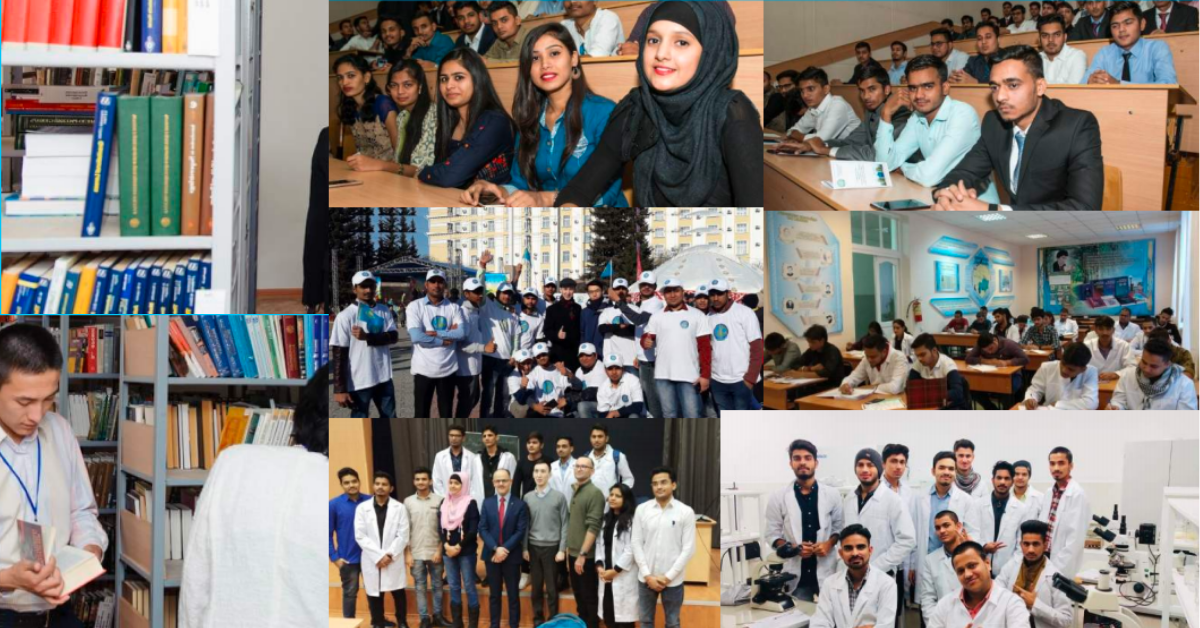 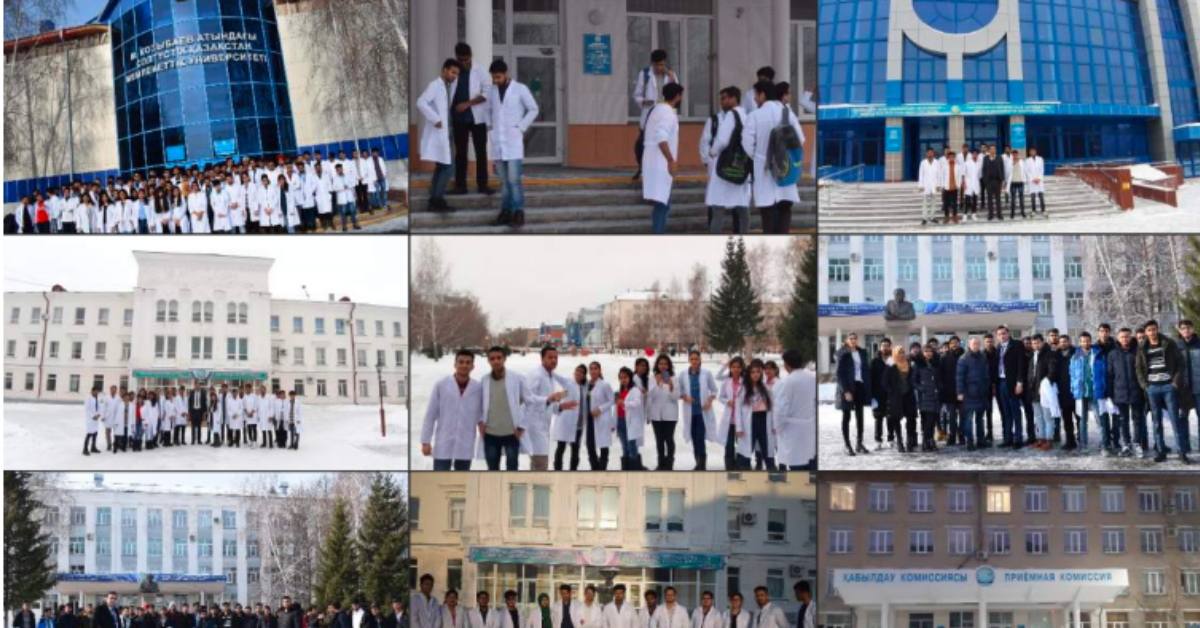 In recent years, the government of the Republic of Kazakhstan has been showing particular concern for education. The top leadership of the country is perfectly aware of the fact that in the age of the global scientific and technological revolution, knowledge forms the most important element of the strategy of social development. It is possible to build an independent competitive economy (which is the objective of Kazakhstan) without having trained in the country the intellectual potential capable of tackling this task on the basis of modern high technologies. The basic features of the education reform in the Republic of Kazakhstan can be presented in the following way: It rests on the existing structural potential built up over the period when Kazakhstan was a Republic of the USSR; The structure of educational facilities is being transformed under consideration of the conditions and needs of a market economy; New educational structures are set up; The approach to the transformation of diverse stages of education is differentiated to a considerable extent, much more attention being paid to the reformation of its higher stages; The economic base of education is changing; It can be noted, in particular, that as the basis of the education reform in Kazakhstan has taken the system adopted by industrially developed countries. International student exchange is being actively supported by the government of Kazakhstan. At present about 40000 foreign students from 43 countries of the world study at 51 educational establishments of the Republic of Kazakhstan. 800-1200 Indian and about an equal number of students from Pakistan get admitted to the various institutions of the Republic of Kazakhstan every year. Most of them study at the various medical institutions of the Republic. Facts and figures regarding the information about Kazakhstan can briefly be summarized.