TNMU was founded on 12 April 1957 as a Ternopil Medical Institute. On July 1, 1992, the institute was named after Ivan Horbachevsky. On December 30, 1997, it received the status of State Medical Academy, and on 17 November 2004, after reorganization, the institution became Ivan Horbachevsky Ternopil State Medical University.[1] The first rector of the medical institute was Petro Ohio, and the vice-rector Arsen Martyniuk. The regional administration transferred ownership of two buildings to the institute for use as academic and laboratory facilities, and two dormitories. University clinic facilities were located in the municipal hospital. At the same time, the Morphology Building, a dormitory, and the Regional Hospital were being built.

The institute steadily developed programs and facilities, but the biggest change took place after Ukraine has gained its independence in 1991 when the school started moving towards the European system of education. In 1994, the Institute received IV level of institutional accreditation. In 1995 TSMU added the specialty of Nursing, and in 2000 Pharmacy.[2]

According to the Decree of the President of Ukraine No. 146/2019 from the 17-th of April, 2019, I.Horbachevsky Ternopil State Medical University received the status of a national university. 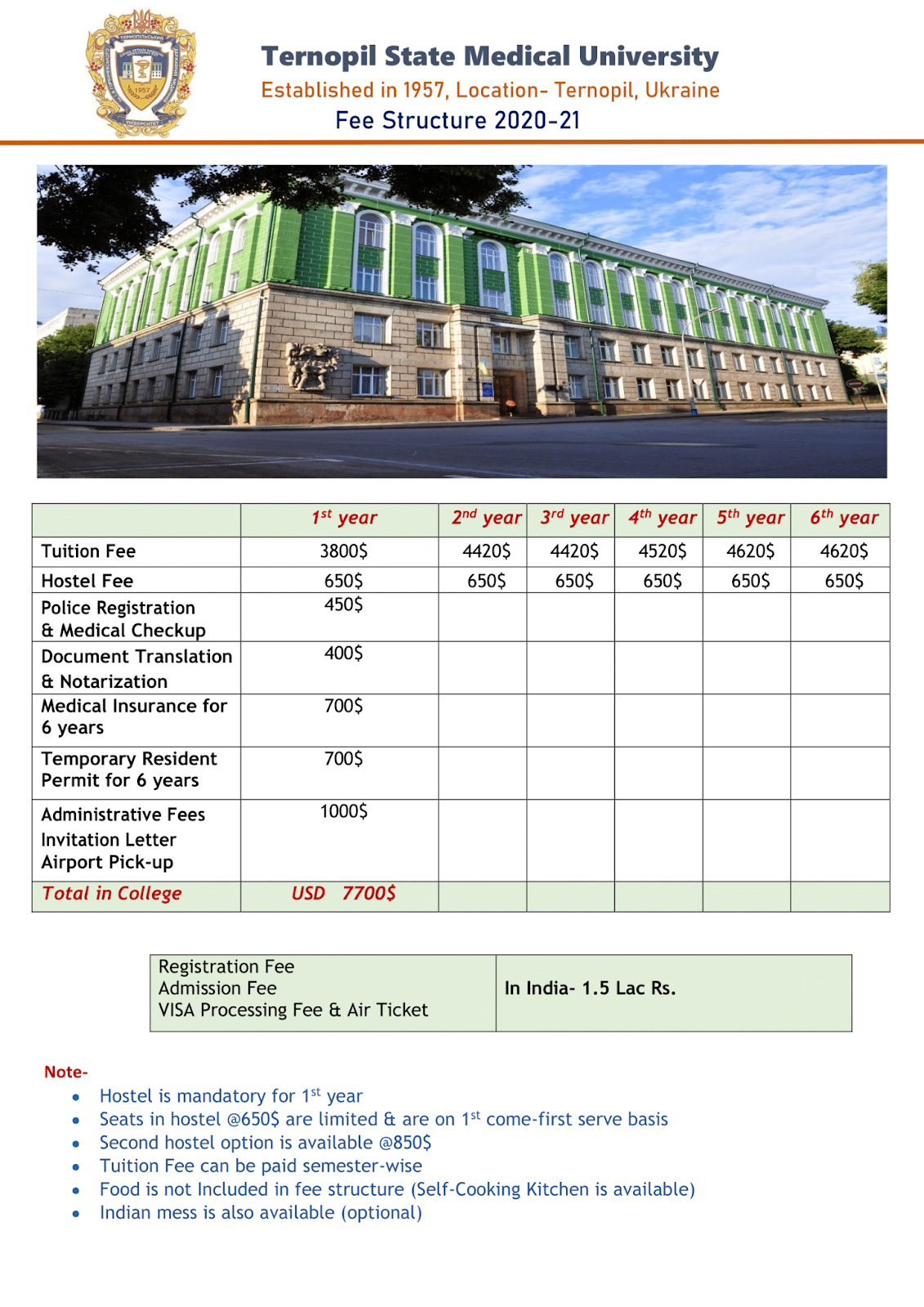 • The hostel is mandatory for 1st year

• Tuition Fee can be paid semester-wise