Katowice is an industrial city situated in the Silesian Region of southern Poland It is the 11th-most populous city in Poland, while its urban area is the 2nd most populous in the country and 21st-most populous in the EU. As of December 31, 2019 estimate, Katowice has a population of 292,774. Katowice is a member of the Metropolitan Association of Upper Silesia and Dąbrowa Basin, with a population of 2.3 million, and a part of a larger Upper Silesian metropolitan area that extends into the Czech Republic and has a population of 5-5.3 million people. The Silesian University of Technology is a university located in the Polish province of Silesia, with most of its facilities in the city of Gliwice. It was founded in 1945 by Polish professors of the Lviv Polytechnic, who were forced to leave their native city and move to the Recovered Territories.

Nursing is a vocational subject. This means the study approach of a Nursing Bachelor’s or Master’s degree will have a more practice-oriented focus. You will learn how to take care of sick people and comfort them throughout their recovery period. This means advising them on the best health choices, administering prescribed medication, and taking care of their overall well-being.

You can normally choose to study in one of the four main nursing fields: adult nursing, children’s nursing, learning disability nursing, or mental health nursing. As a student nurse, you will have the option to specialize in two of these four fields, if you choose to. You will learn general medical practices and how you should treat a person suffering from an illness. To be successful in a nursing job, you will also need to develop soft skills such as empathy and cooperation. 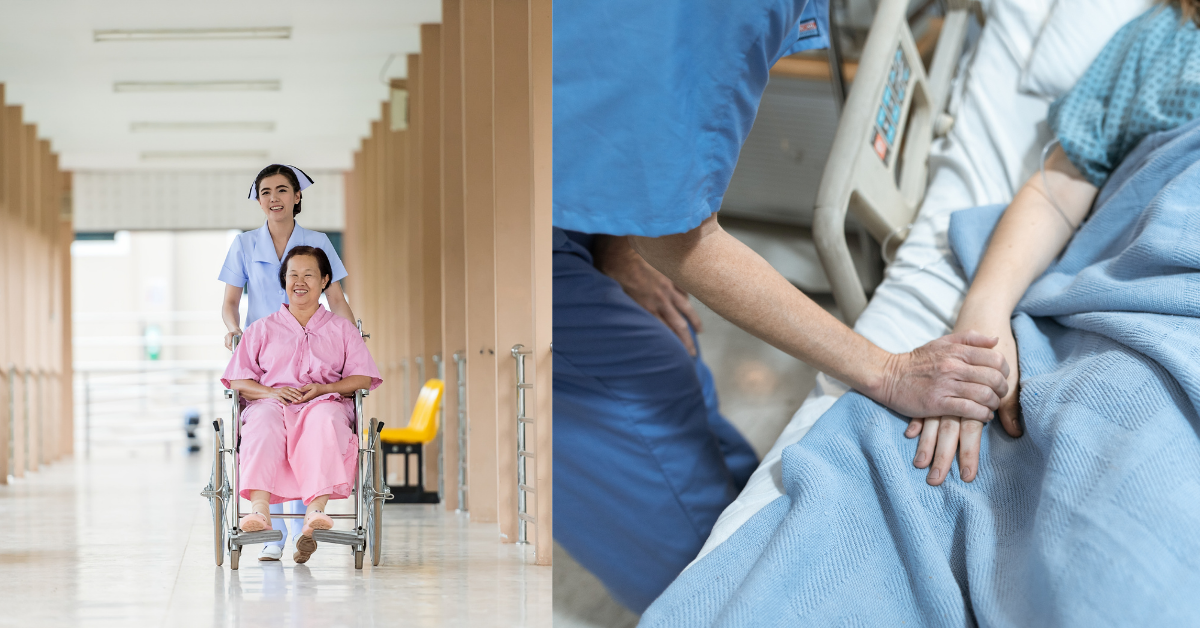 A Bachelor’s or Master’s degree in Nursing will help you become a nurse in one of the four main fields mentioned above, a paramedic, or a physician associate. In time, you can use your experience to take up a more demanding position, such as chief/head nurse, and thus manage and train your own team of nurses.

Poland is the 9th largest country in Europe and an increasingly popular destination for international students. Local universities offer a good return on investment, with affordable study programs and accommodation costs. Add in the low living expenses and you have a formula for (financial) success.

You should integrate quickly into the Polish academic and social life since you won't be the only foreign student. Over 65,000 internationals enroll at one of the universities in Poland every year. You'll have plenty of opportunities to chat, discover other cultures, and have fun at local parties.

The education system is based on the Bologna principles, so there are no surprises here. Most Bachelors take 3 years to complete, while most Masters take 1 or 2 years. Of course, there are exceptions (e.g. some Medicine, Engineering programs).

Why Study in Poland?

5 Reasons to study in Poland:

Poland’s tradition of academic education goes back to 1364 when King Casimir the Great established the Cracow Academy, known today as the Jagiellonian University. The Cracow Academy, being one of the oldest in the world, took after academies in Bologna and Padua, and was the second university in Central Europe after Prague.

Today, the Polish higher education system is developing rapidly. Poland holds fourth place in Europe (after the United Kingdom, Germany, and France) in terms of the number of people enrolled in higher education. The total student population at over 400 university-level schools is almost one and a half million. Each year almost half a million young people begin their education at universities and colleges. The Polish university-level schools offer over 200 high-quality types of study as an integral part of the European Higher Education Area. Most schools offer courses in foreign languages.

Poland plays an active part in the Bologna Process. Owing to the introduction of three-stage education modeled on Bachelor/Master/Doctoral studies as well as the European Credit Transfer System, both Polish students and international students studying in Poland stay fully mobile and can continue their education elsewhere in the European Union without any problems. Within just the Erasmus Program that has been going on for over 20 years now, over 43,000 foreign students have come to study in Poland while almost 100,000 students from Poland have taken part in their education in another country within the European Union. Foreign students coming to Poland can expect the most attractive and diversified education opportunities to meet high European standards. They can study medicine, biotechnology, or engineering, but also art and business and many other subjects. The diploma awarded to them upon graduation is recognized not only Europe-wide but also in most countries of the world.

The Polish higher education system is well developed. The quality of the education provided is monitored and regularly evaluated. The main Polish institutions in charge of quality assurance in higher education are the Polish Accreditation Committee, the General Council of Higher Education, and the Conference of Rectors of the Academic Schools in Poland. There are over 5,000 courses available in Poland and each of them has had to gain the Polish Accreditation Committee’s approval.

5. Competitive costs of living and studying

Compared to other EU countries, the tuition fees in Poland are really competitive and the costs of living are a fraction of what a foreign student would have to spend in other European cities.